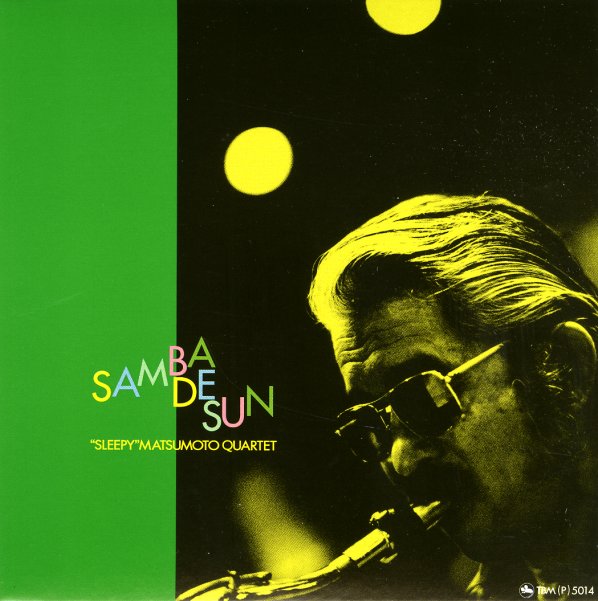 Hidehiko "Sleepy" Matsumoto is a reedman who grabbed us strongly the first time we ever heard him play – on one of the first big band albums by Toshiko Akioshi in the 60s – and he's also one who continued to grow and refine his craft in the 70s, with an amazingly personal sound by the end of the decade! This album's one of Sleepy's best – the kind of set that makes him an instant heir to American giants like Sonny Sitt or Sonny Rollins – who he easily rivals for his ability to blow strong and long over the span of the extended tunes of the set – never failing to find new ideas in his solos, and always making us feel like we've just stumbled upon his genius all over again in the process! The group's a quartet – with Hideo Ichikawa on piano, Takashi Mizuhashi on bass, and Hideo Sekine on drums – and titles include the long "Back To The Sea", "Samba De Sun", and "Stella By Starlight" – plus "Round Midnight" and "Anaid".  © 1996-2021, Dusty Groove, Inc.
(Part of the Three Blind Mice Supreme Collection!)