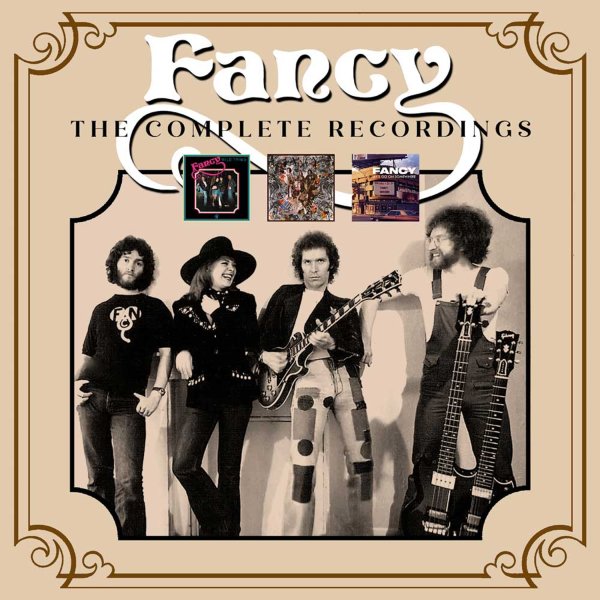 Great work from Fancy – a group who could sport hard rock chops on the guitar, but a very catchy groove upfront – thanks in part to vocals from the lovely Annie Kavanagh! The group have a style that's very well-suited to the emerging glammy generation of UK pop – the guitars are fuzzy, and nicely push to the edges of the mix – while Annie's vocals give everything a sweeter crossover vibe that really sends things home – as do the rhythms, which often have a slight current of funk – thanks to monstrous drums from Les Binks! The elements come together beautifully here on these three key records from the group – the first two studio efforts, the last a surprisingly strong live date recorded at Ronnie Scotts in 1975. 3CD set features 31 tracks in all – which includes bonus tracks – all packaged with a detailed booklet of notes. Titles include "Wild Thing", "Between The Devil & Me", "One Night", "Touch Me", "Something To Remember", "Everybody's Cryin Mercy", "You've Been In Love Too Long", "She's Riding The Rock Machine", "I Was Made To Love Him", "Love For Sale", "The Tour Song", "Stop", and "Sidewinder".  © 1996-2021, Dusty Groove, Inc.