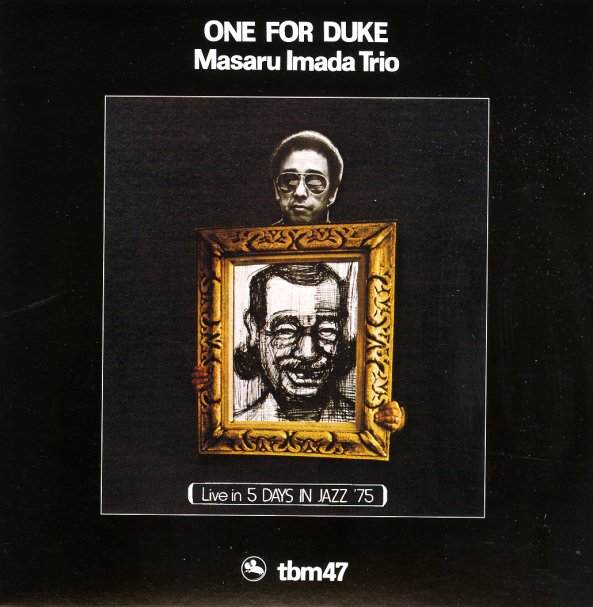 The album's dedicated to Duke Ellington, and it features Duke Ellington tunes – but overall the set is a very personal moment from pianist Masaru Imada – maybe one of his strongest dates of the 70s! The music opens up with that beautifully creative Japanese piano trio approach of the 70s – lots of new ideas and new styles brimming forth throughout, but always in a way that's respectful of tradition while pushing things forward – swinging back to familiar modes one minute, then soaring forth with a personal spirit the next. Masaru's trio-mates here are a great match – the excellent Isoo Fukui on bass and Tetsujiro Obara on drums – on titles that include "Stevie", "Satin Doll", and "Sophisticated Lady" – plus the Imada originals "Blue Rain" and "One For Duke".  © 1996-2021, Dusty Groove, Inc.
(Part of the Three Blind Mice Supreme Collection!)