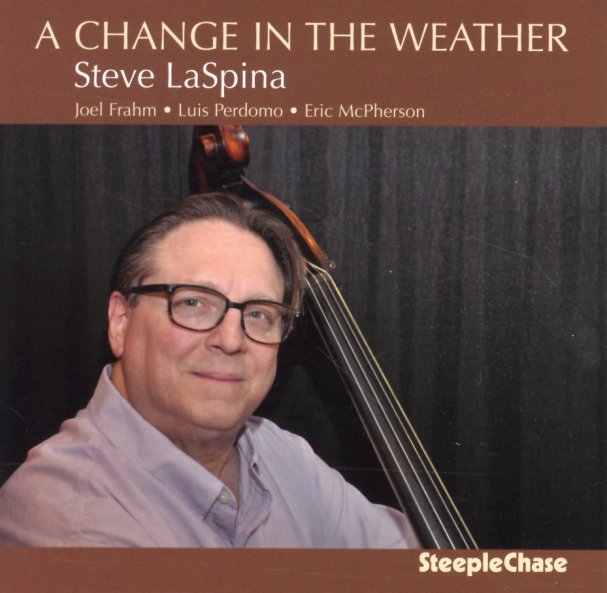 Change In The Weather

The bass of Steve LaSpina is in great company here – wrapped up all around these warm piano lines from Luis Perdomo, punctuated in the right way by the drums of Eric McPherson, and given all these sharper edges from the tenor and soprano sax of Joe Frahm! All tunes are LaSpina originals, and are a great showcase for his ear for music – that sometimes-special way that a bassist can have for composing for a group – something that's very clear from Steve's role here in shaping the sound of most tunes from the very first note. A nice little record that reminds us that bristles with a nice spirit of surprise – on titles that include "Serenity", "So Dance", "When It's Time Again", "A Change In The Weather", "The Road Ahead", and "Life In The Cove".  © 1996-2021, Dusty Groove, Inc.