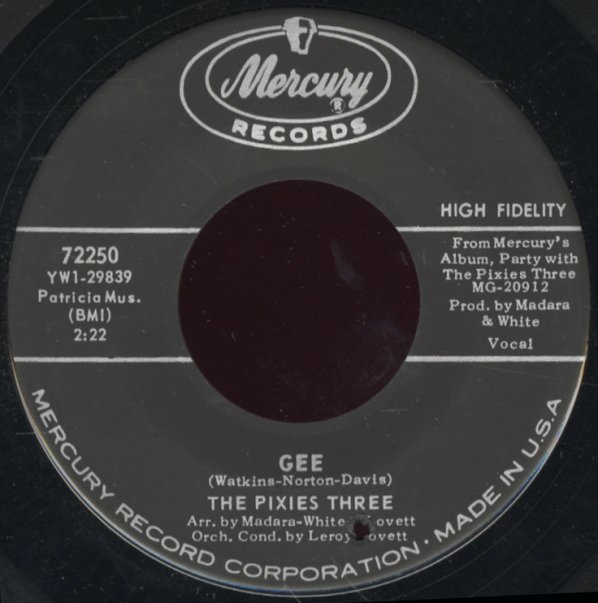 (In a Mercury sleeve, with some aging and a bit of pen. Labels have a small drillhole.)