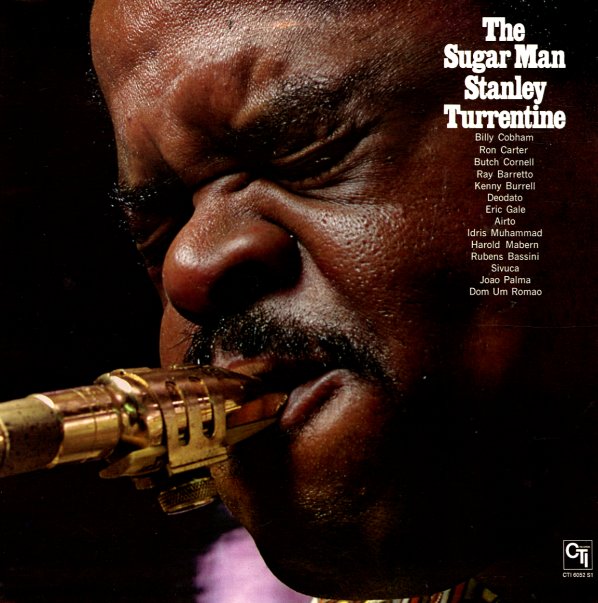 A classic set from Stanley "Sugar Man" Turrentine – a nickname the reedman had at the time, given the success of his famous CTI Records version of "Sugar"! This set follows in that same great mode – jazzy, but a bit funky too – although couched with this gentle sense of soul that's perfect for that spacious style of soloing that Turrentine perfected over the years – a way of blowing openly, and without too much fuss – but managing to hit all the right notes along the way! There's a great glow to the whole record – an excellent easygoing sense of soul – and titles include an incredible reading of "Vera Cruz", done with Deodato on piano, and at a breakaway speed that's just great, and worth the price of the record alone! Other tracks feature piano by Harold Mabern or organ by Butch Cornell – and titles include "The Stretch", "Just As I Am", and "Pieces Of Dreams".  © 1996-2021, Dusty Groove, Inc.
(2016 Blu-spec CD pressing.)

Crying Song
CTI/Wounded Bird, 1969. Used
CD...$11.99
A landmark record – the first album that flutist Hubert Laws cut for CTI, and the beginning of a very important partnership with the label! The record is a sublime exploration of sound and space – very different than Laws' 60s Latin sides for Atlantic, and handled in a baroque mode ... CD

Winners Of The Swing Journal Critics Poll – 1958
King (Japan), 1958. Used
CD...$5.99
Poll winners from the Japanese scene of the late 50s – stepping out in a special live performance from the time! The album's almost got a Verve Records sort of feel – especially from the all-star tip – and tunes are more swing than bop, although there's definitely a few modern ... CD