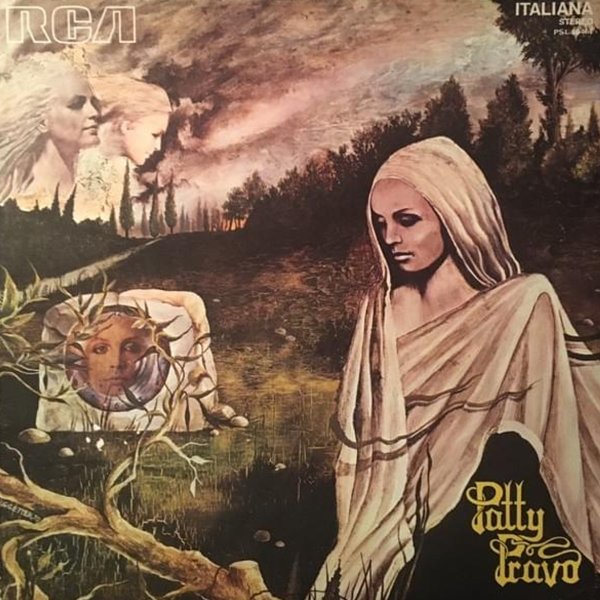 Patty Pravo looks a bit creepy on the cover, but the images inside make her look really lovely – and the sound of the record lies somewhere in between! The album's in the territory of offbeat late 60s work by Rita Lee or Brigitte Fontaine – equally distinct, and a strong statement from a singer who could have stuck in the mainstream, but chose to explore lots of unusual territory on these tunes – a mix of modes that runs from dreamy to groovy to downright spooky – with some nice help on arrangements from Paolo Ormi. The songs include many familiar numbers, transformed in the approach – and titles include "The Day That My Love Went Away", "Per Te", "La Tua Voce", "Motherless Child", "Il Mio Fiore Nero", "Non Je Ne Regrette Rien", "Perche Sei Il Mio Uomo", and "Una Conchiglia".  © 1996-2021, Dusty Groove, Inc.
(50th Anniversary yellow vinyl pressing!)

Nothing Is Easy – Live At The Isle Of Wight 1970 (180 gram transparent orange vinyl pressing) (2020 Record Store Day Release)
Eagle/Ear Music (Italy), 1970. New Copy 2LP Gatefold
LP...$19.99
A really great live set from Jethro Tull – full of the strong solos and expanded performances that always made the live side of the group so great at the time! The lineup here features searing guitar work from Martin Barre, keyboards and piano from John Evan, and plenty of wicked lines on ... LP, Vinyl record album