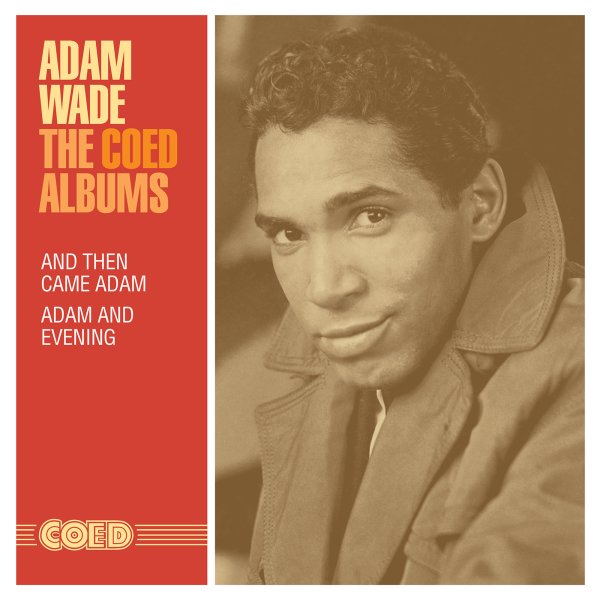 Two rare albums from Adam Wade – both originally issued by the Co-Ed label in the 60s! First up is And Then Came Adam – great work from Adam Wade – a slightly overlooked singer of the 60s, and one who steps out here in a great mix of soul styles and fuller vocal modes! Wade often has the kind of mature sophistication that could rival Johnny Mathis – and a number of cuts here are certainly cut from a similar mode – but as with other work on the Coed Records label, there's a larger ear for the wider range of listeners in the period – which means that Wade also steps out as a smooth swinger, maybe kind of a precursor to the Marvin Gaye generation. Arrangements are handled by Fred Weismantel and Joe Lipman – and titles include "First Love", "Just In Time", "A Moment Of Madness", "Ruby", "Around The World", "I'm Wise", "Fascination", and "So In Love". Adam & Evening is the second great album from Adam Wade – a singer with a sound here that could easily rival Nat King Cole or Johnny Mathis, but who also gets a slightly deeper current of soul! Arrangements are full and rich – often with a bit of vocals behind Wade's lead – but the sophisticated charts never get in the way of the more personal touches, which really help the tunes sparkle with a nice sort of imagination, and occasional touches of jazz. Titles include "Gloria's Theme", "We Kiss In A Shadow", "My Reverie", "I Have Dreamed", "For You", and "Guess I'll Hang My Tears Out To Dry".  © 1996-2020, Dusty Groove, Inc.