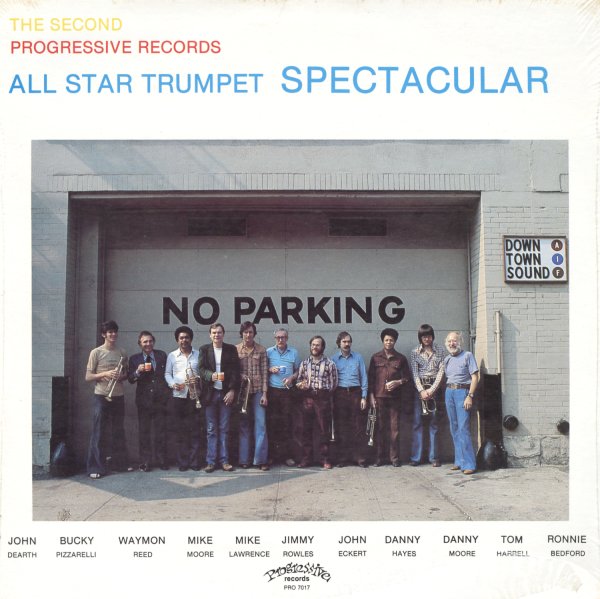 Second mammoth set of heavy trumpet work featuring John Dearth, John Eckert, Tom Harrell, Danny Hayes, Mike Lawrence, Danny Moore, and Waymon Reed going to town on numbers by a variety of composers. The group is rounded out by Jimmy Rowles on piano, Michael Moore on bass, Bucky Pizzarelli on guitar, and Ronnie Bedford on drums. The first side is a nearly 17 minute medley of ballads, and the second side is producer Gus Statiras' composition "Gus' Rhythm".  © 1996-2021, Dusty Groove, Inc.