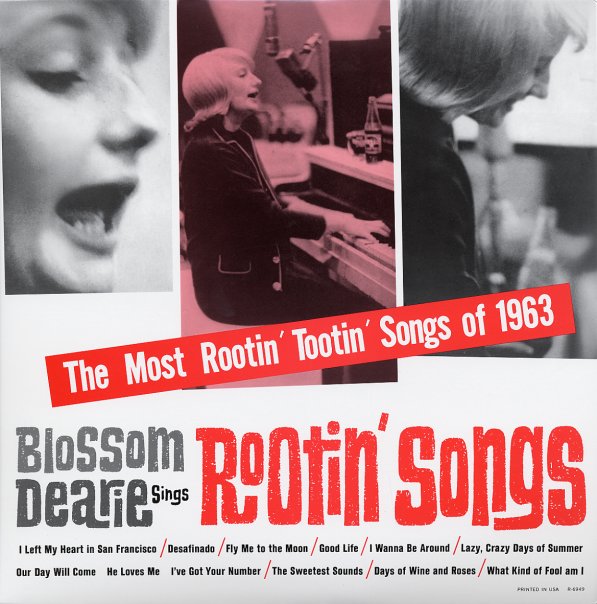 One of Blossom Dearie's hippest albums – done in that lightly grooving style that makes her 60s work some of our favorite! The style is groovier than Dearie's already-great work on Verve – a bit in the mode of her Capitol Recordings, and some of her British 60s gems from overseas – and the album's got Blossom on vocals and piano, working with a small combo led by pianist Joe Harnell, whose arrangements are really wonderful, and show a bit of his love of bossa. The quintet also features Jerome Richardson on tenor and flute, adding in some really nice touches – soulful horn inflections that really give the album a richer sound than some of Dearie's previous records. The set list is great, too – with some very nice 60s pop tunes that have Blossom working in territory that brings out her dreamy best! Titles include "What Kind Of Fool Am I", "I've Got Your Number", "Days Of Wine & Roses", "I Wanna Be Around", "The Sweetest Sounds", "Desafinado", and "Fly My To The Moon".  © 1996-2021, Dusty Groove, Inc.