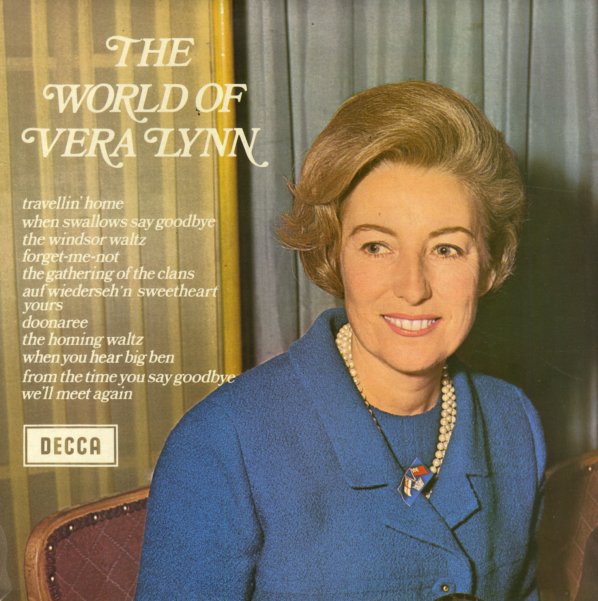 (Blue label stereo pressing. Back cover has an unglued top seam, a cutout hole, and a sticker remnant.)