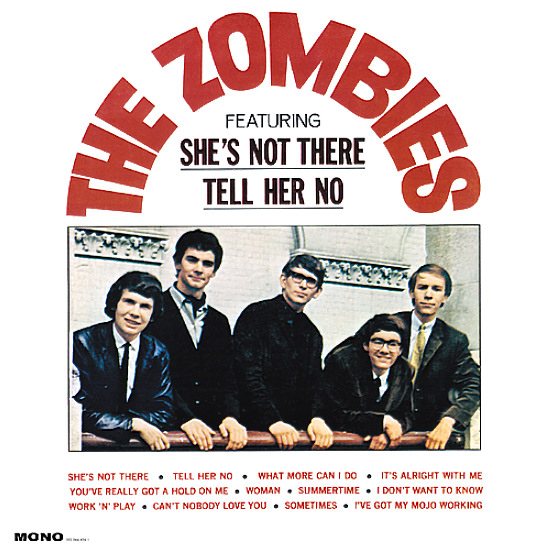 The first US album by The Zombies – a brilliant little record that shows the group as way more than just a Brit Invasion combo! The songs are short, rocking, and nearly all very catchy – but they've got an airy quality that elevates them past simple pop, into the god-like territory that would emerge even more strongly on later work by the group. Most songs are originals by Rod Argent or Chris White – and the set includes the hits "Tell Her No" and "She's Not There" – plus "Summertime", "What More Can I Do", "I Don't Want To Know", "Sometimes", "It's Alright With Me", "Can't Nobody Love You", "Work N Play", and "Woman".  © 1996-2022, Dusty Groove, Inc.
(Mono pressing!)