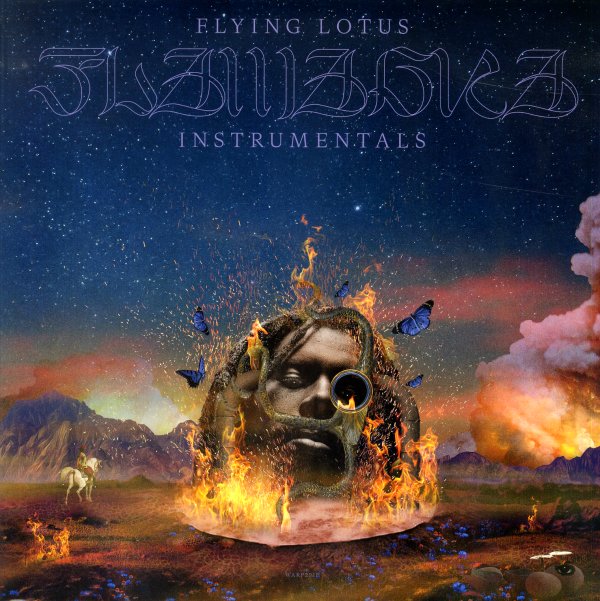 We really loved the Flamagra album from Flying Lotus, but this set of instrumentals maybe shows off even more of the deeper currents in his music! The record's not the usual instrumental variant – in that these tracks don't really come across as cuts with the vocals removed – and instead feel like all new jazz interpretations of the original album, with contributions from a great array of guests – including Robert Glasper, Herbie Hancock, Miguel Atwood-Ferguson, Brandon Coleman, Taylor Graves, and others – all moving together in a mix of spaced-out jazz, heavy funk, and some key cosmic touches – a beautiful blend of soul and sci-fi that really furthers the Flying Lotus legacy. Titles include "Heroes In A Half Shell", "Post Requisite", "All Spies", "Takashi", "Spontaneous (inst)", "The Climb (inst)", "Find Your Own Way Home", "Debbie Is Depressed", "Andromeda", "Say Something", "Hot Oct", "Thank U Malcolm", and "Burning Down The House (inst)".  © 1996-2022, Dusty Groove, Inc.