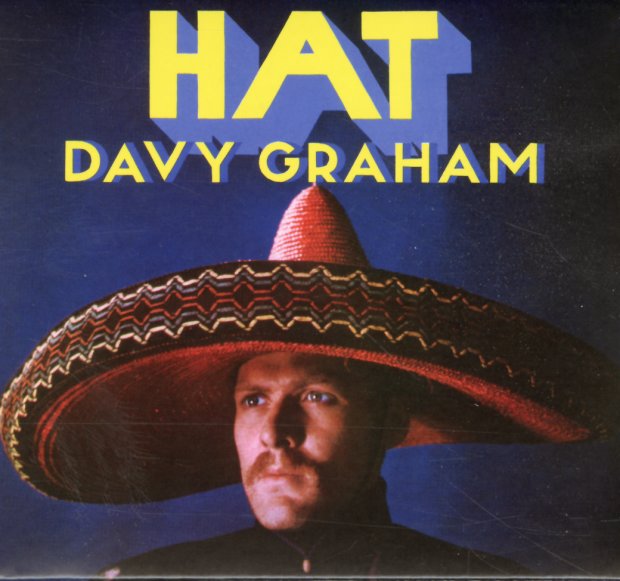 Prepare to discover your new favorite artist – a tremendously hip cat who never got his due – and who should be held as high on these shores as British talents like Nick Drake, Bert Jansch, or John Martyn! Like all of those three, Davy Graham is a complete original – a guy with an acoustic guitar, but light years beyond familiar folk – often using all these jazzy changes in his style, and mixing his own music with songs by Dylan, The Beatles, Muddy Waters, and even Art Blakey – but all in ways that are completely transformative, and which maybe use the familiar songs just as a way for Graham to show us how individual he can be – because even a song we know sounds nothing like the original. His guitar work is superb – full of all the fresh ideas, unusual phrasings, and special sounds that the best of his generation were bringing to acoustic music – and titles include "Lotus Blossom", "Down Along The Cove", "Stan's Guitar", "Bulgarian Dance", "Buhaina Chant", "I'm Ready", "Getting Better", "Hornpipe For Harpsichord Played Upon Guitar", and "Pretty Polly".  © 1996-2021, Dusty Groove, Inc.

Jack Orion
Transatlantic/Superior Viaduct, 1966. New Copy (reissue)
LP...$19.99 24.98 (CD...$14.99)
A huge leap forward for the mighty Bert Jansch – and a record that's somehow even more amazing than the ones that came before! Bert's maybe even more introspective here, but also on a personal journey that takes him down musical paths that seem broader than before – almost echoing a ... LP, Vinyl record album

Uncovered – The First Recordings (clear vinyl pressing) (2021 Record Store Day Release)
Lightning Rod, Early 60s. New Copy
LP...$15.99
We're huge fans of the early work of Johnny Paycheck – his Little Darlin records are some of our favorite country albums of all time – and this set even predates those classic sides, as it features early demo recordings when Johnny still had his sights set on greater fame! At the time, ... LP, Vinyl record album