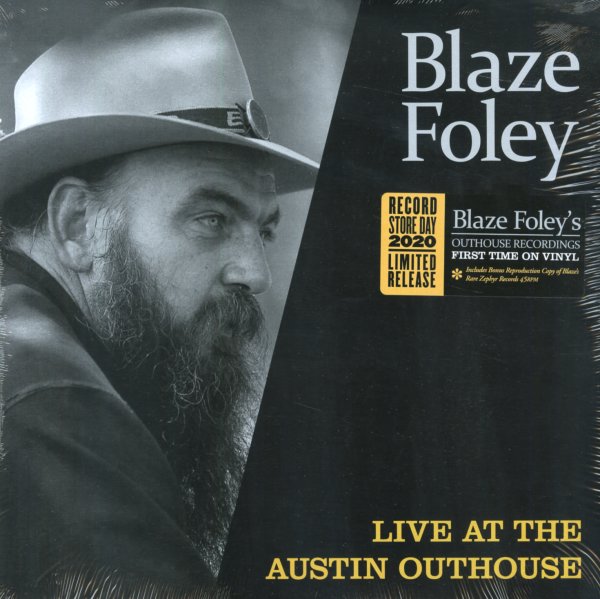 Live at the Austin Outhouse

A great early performance by Blaze Foley – recorded live in Austin, with a sound that really marks Blaze as a key part of the earlier legacy that really set that scene apart from so much of the country music mainstream! Foley here just works with guitar alongside his vocals – delivering tunes with a good degree of bite, and equal dose of humanity – on titles that include "Christian Lady Talkin On A Bus", "Picture Cards Can't Picture You", "If I Could Only Fly", "Officer Norris", "Small Town Hero", and "Clay Pigeons".  © 1996-2023, Dusty Groove, Inc.
(First time on vinyl!)