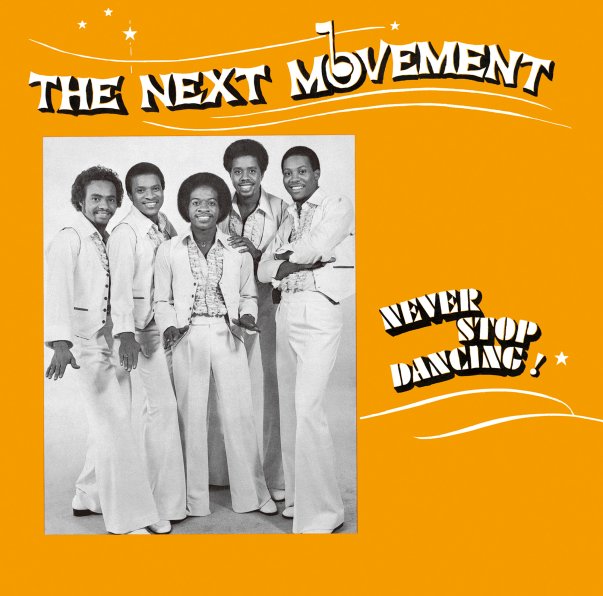 The rare first album by The Next Movement! The band was an obscure Chicago group that had a funky soul sound with a bit of clubby feel to it – not really disco, but more in a mode that was in line with east coast groups of the mid to late 70s, especially those from Philly. This album has lots of help from the Chicago scene – and Tom Tom Washington handled a number of the arrangements, with that bounce he was putting into his soul arrangements at the time. Nice tracks include "Never Stop Dancin", plus "Sweat It Out", "Night Stalker", "You're The One", "Kid Stuff", and "How Did We Get To This (The Letter)". The CD also includes 4 bonus tracks – "Alright Freakin", "Nice & Easy", and "Sailin" – plus a long version of "Never Stop Dancin" – over nine minutes long!  © 1996-2021, Dusty Groove, Inc.