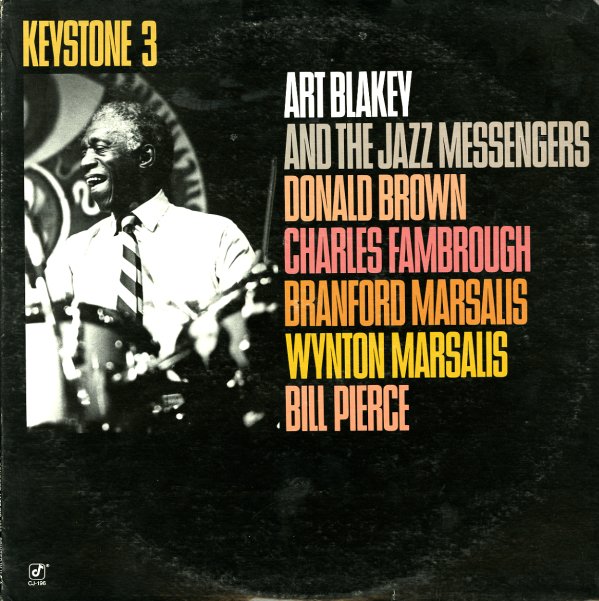 Long, lean live energy from Art Blakey and a well-remembered version of The Jazz Messengers – a group that includes both Branford Marsalis on alto and Wynton Marsalis on trumpet – plus great tenor from Bill Pierce as well! The vibe is nicely different than the 60s years of the group – and even different than some of the late 70s incarnations too – and the longer, open performances really give all the players a great chance to show off their youthful energy – including Donald Brown on piano and Charles Fambrough on bass. The whole lineup is proof once again that just about anyone Blakey picks turns out to be a legend in their own right – and titles include "Fuller Love", "In Walked Bud", "Waterfalls", and "A La Mode".  © 1996-2020, Dusty Groove, Inc.
(Out of print. Includes obi, and still in shrink!)