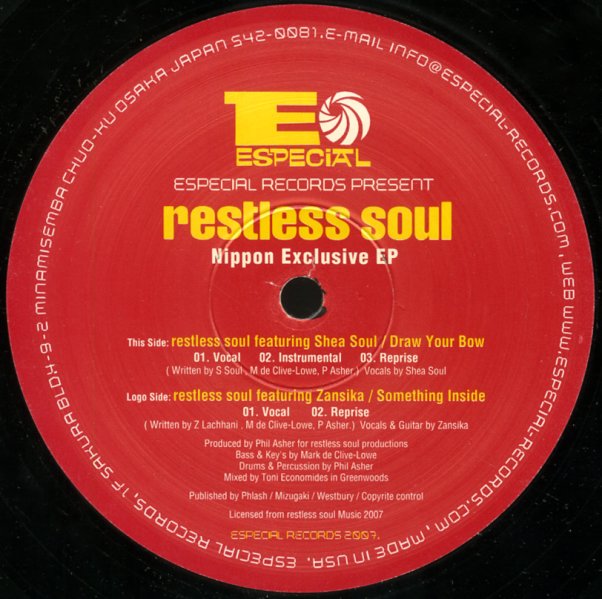 Restless Soul magic from the mighty Phil Asher – getting plenty of help here on both cuts from Mark De Clive-Lowe! "Draw Your Bow" features soulful vocals from Shea Soul – slinking around the keyboards and beats nicely, with a depth that gives the track a classic soul feel overall – thanks in part to Phil's straightforward rhythms on the cut – more 70s funky than some of his other more cosmic work in years past! "Something Inside" is slightly more skittish, but still plenty warm and funky – a wicked little groove that features lead vocals from Zansika, and more great keyboards from Mark De Clive-Lowe!  © 1996-2021, Dusty Groove, Inc.