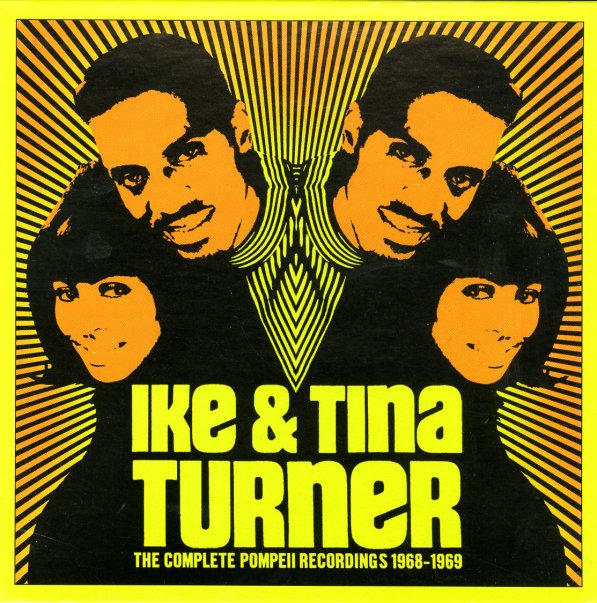 Some of the greatest work ever recorded by Ike & Tina Turner – 3 albums cut for the short-lived Pompeii label, all of them nice and heavy! First up is So Fine – a great one from Ike & Tina – recorded for Ike's short-lived Pompeii subsidiary for Atlantic, with a hard heavy sound that's really great, almost a mixture of the duo's Sue sides with some of Atlantic's southern soul from the same time – but with this badass funk current that really shows the way that Ike was evolving his groove since the start of the 60s! Titles include "Too Hot To Hold", "Bet'Cha Can't Kiss Me", "Ain't Nobody's Business", "I Better Get Ta Steppin", "So Fine", "We Need An Understanding", and "A Fool In Love". Next is Cussin Cryin & Carryin On – one of Ike Turner's greatest albums ever – recorded for the Pompeii Subsidiary of Atlantic, and featuring some raw tunes that have more than a bit of funk in them! The album includes 2 killer instrumentals – "Thinking Black" and "Black Beauty" – both of which you'd be proud to own as funky 45s! Other tracks feature some hard soul vocals by Tina – and titles include "You Got What You Wanted", "So Blue Over You", "Cussin, Cryin, & Carryin On", "Make Em Wait", "I Better Get Ta Steppin", and "I'm Fed Up". The set also features the solo Ike Turner album Black Man's Soul – the only truly funky album that Ike Turner ever recorded! This set's a batch of obscure funky instrumentals – and sounds like a strong compilation of rare 45s, filled with hard funky drums, nice breaks, and plenty of super-tight grooves. Nearly every cut's a winner – and titles include "Black Angel", "Black Beauty", "Freedom Sound", "Ghetto Funk", "Funky Mule", "Nuttin' Up", "Scotty Souling", and "Thinking Black". Very nice stuff, and a real lost recording for Ike! All 3 albums are in mini-LP sleeves – like the original records.  © 1996-2021, Dusty Groove, Inc.