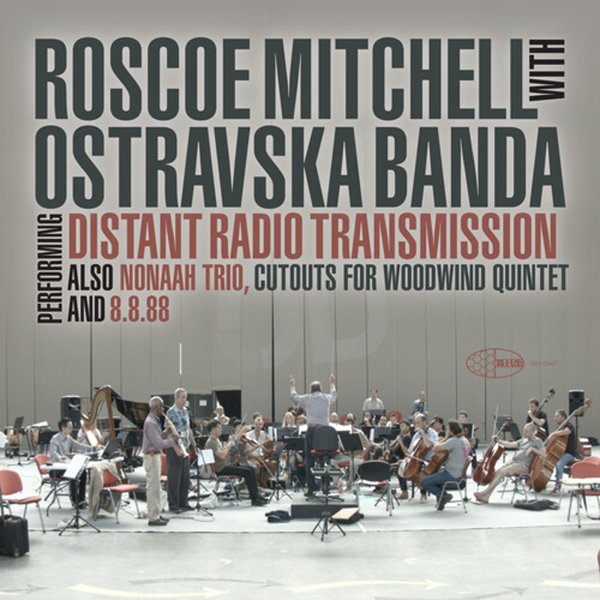 The legendary Roscoe Mitchell works here in the more sophisticated compositional style he's been exploring heavily in later decades – joined by the Ostravska Banda ensemble in a large version of "Distant Radio Transmission" – a piece that was first created as an improvisation with Craig Taborn and Kikanju Baku! The format here is quite different than that earlier work – as Mitchell uses a host of woodwinds and strings in really inventive ways – opening up different sonic textures inside the structure of the work, and still allowing for some individual moments of improvisational expression. The album also features a smaller combo work – the really lovely "Nonaah Trio", which features Dana Reason on piano, John C Savage on flute, and Catherine Lee D Mus on oboe – all at a level that's a bit like some of Mitchell's unusual 80s material. "8-8-88" is performed on a Yamaha Kisklavier, and is essentially a solo piece – and the CD version also features a version of Mitchell's "Cutouts For Woodwind Quintet".  © 1996-2021, Dusty Groove, Inc.

Final Floor
Wide Hive, 2021. New Copy
CD...$9.99 14.99 (LP...$12.99)
We certainly hope this isn't the final floor for Throttle Elevator Music, as we've always enjoyed the many sounds the group has given us over the years – styles served up here on a record that's almost a testament to the collaborative growth of the ensemble over the past decade or so, as the ... CD

Retrorespective
Wide Hive, 2016. New Copy
CD...$9.99 14.99 (LP...$11.99)
Not a retrospective of the music of Throttle Elevator Music – as you might mistake from the title – but instead a fresh new album that features the group working tremendously with the mighty Kamasai Washington! Washington isn't just a guest, but a key member of the group – and he ... CD