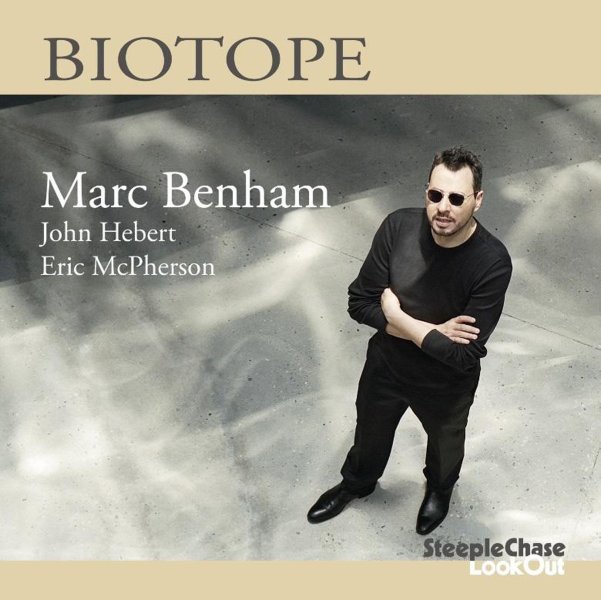 This isn't the first album from Parisian pianist Marc Benham, but it might be the first that really caught our attention – a strong trio set that really has Benham exploding on the keys from the very first note! Benham's got an especially strong touch on the low notes – really making all this resonance on the keyboard in ways that dominate even on the ballads – force that's full, but never overdone – but a pointed presence that really sets him apart from the rest, in ways that aren't easy to explain, yet which come through right away after even just a casual listen to the album! The trio also features John Hebert on bass and Eric McPherson on drums, who can be as lively as Benham, but who also seem very much driven by the energy of the leader – on titles that include "Year Of The Monkey", "Pablo", "Con Alma", "La Suite De Fibonacci", "Samurai Sauce", and "Airegin".  © 1996-2021, Dusty Groove, Inc.