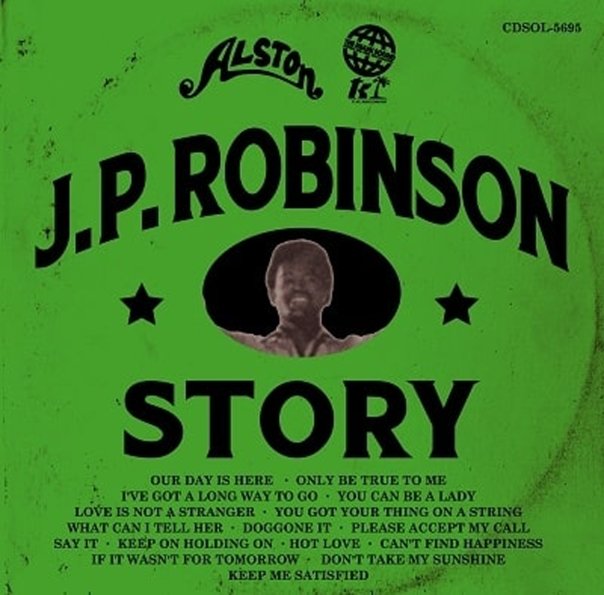 Lost southern soul gems from JP Robinson – a Miami singer who was one of the first to record for the TK Records empire at the start of the 70s – and works here in that beautiful blend of deep soul and funk that made the Miami scene such a crucial force after Memphis and Muscle Shoals! Willie Clark and Clarence Reid had a hand in many of these cuts – and you can definitely hear their way with a strong groove in the work – that quality that can even make a mellow cut feel funky, thanks to a strong bassline and a nice sense of space! Yet it's also clear that JP's the star of the show here – as Robinson's got a voice that's quite compelling – still in the deep soul mode you might expect, but with this slightly fragile quality that comes through especially when he's trying to hold a note or emotion – a really great aspect that almost makes you feel like JP's going to break down right in the course of a tune, even when he's getting a bit of support from female backup singers! CD features 16 tracks in all – titles originally issued on Alston and Blue Candle – with titles that include "Only Be True To Me", "Can't Find Happiness", "Hot Love", "Say It", "Please Accept My Call", "Keep Me Satisfied", "Don't Take My Sunshine", "If It Wasn't For Tomorrow", "You Got Your Thing On A String", "Love Is Not A Stranger", "Doggone", and "Our Day is Here".  © 1996-2021, Dusty Groove, Inc.