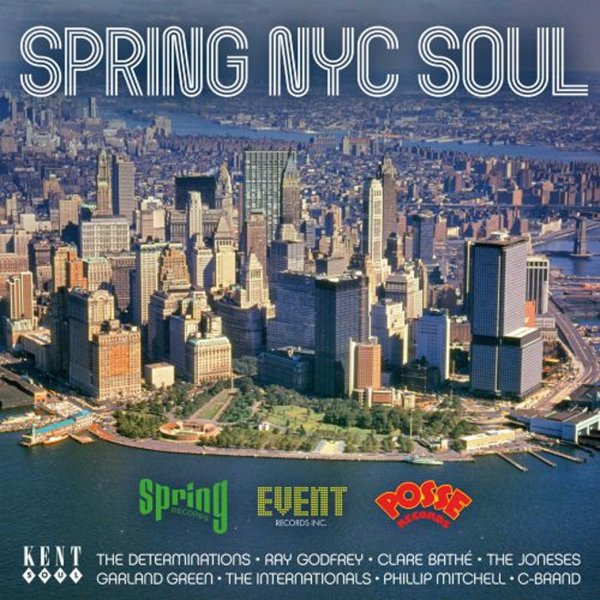 A fantastic look at the Spring Records label in New York – a company that had a few big crossover hits in the 70s, but also issued a lot more rare and obscure material over the years – with a long legacy that even hit the early years of the old school scene! One of Spring's great contributions was finding a way for fast funk groups to shift into a disco mode when the earliest years of the clubs got going – but there's also a lot more going on here too – including some great deep soul ballads, warm midtempo steppers, and cuts that point the way towards the modern soul generation on the rise. The package also features six never-issued cuts, alongside some well-chosen and overlooked Spring Records gems – all put together with the usual strong notes and excellent sound we love from Ace/Kent! Titles include "If We Get Caught I Don't Know You" by Prince Philip Mitchell, "Falling In Love" by Victor Tavares, "Save The Best For Me" by The Determinations, "Do You Feel Me" by Act I, "I'm The Other Half Of You" by Maxine Weldon, "If You Could Turn Into Me" by The Fatback Band, "Magic's In The Air" by Ronnie Walker, "Hold On" by Ray Godfrey, "If You Say You Love Me" by Us, "The Storm Is Passing Over" by Jackie Verdell, "Beauty" by The Joneses, "Kill The Monster" by Flower Shoppe, "I Ride Alone" by The Internationals, "Get Right" by Richard Barbary, "Daddy's Coming Home" by Prince Harold, and "Of Your Life" by Vernon Brown.  © 1996-2021, Dusty Groove, Inc.