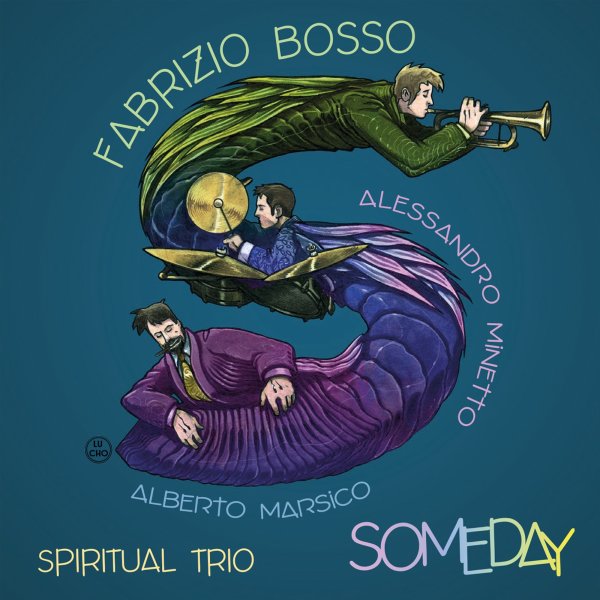 A very groovy record from Italian trumpet legend Fabrizo Bosso – one that features a group referred to as his Spiritual Trio, but a combo that's maybe got more of a soul jazz vibe overall – as the lineup features Alberto Marsico on organ and Alessandro Mnetto on drums! The spare format is great – open in ways that always seem to bring out the best phrasing in Bosso's horn, but with just the right moments of groove that have the trumpet and organ dancing together nicely – almost a newly-conceived variation on the the older 60s pairing of tenor and Hammond! Mario Biondi provides guest vocals on a remake of the Donny Hathaway tune "Someday We'll All Be Free" – and other instrumental tunes include "Sermonette", "Cold Duck Time", "Bernie's Toon", "I Shall Wear A Crown", "Forward", "A Lullaby", and "Say It Loud".  © 1996-2021, Dusty Groove, Inc.

Complete Warner Brothers/Seven Arts Recordings (Oh Good Grief/Eclectic/Alma-Ville/bonus tracks)
Warner/Omnivore, 1968/1969. New Copy 2 CDs
CD...$24.99 25.98
A trio of wonderful records – plus rare bonus tracks too! First up is the classic Oh Good Grief – one of the coolest, grooviest albums that pianist Vince Guaraldi ever recorded – a set that's got the same Peanuts theme as his earlier dates for Fantasy Records, but which also ... CD