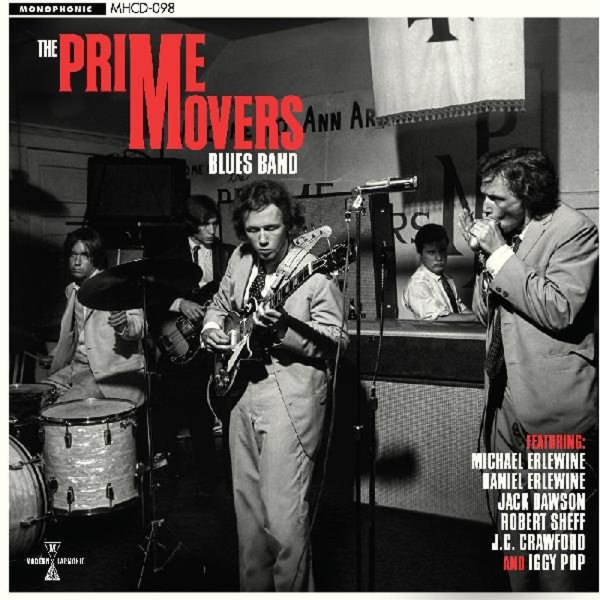 A legendary Detroit group that's maybe best known for featuring early work from the young Jim Osterberg – later Iggy Pop – but a combo who's more than cooking on their own, with a searing sound that reminds us that blues-styled rock had a mighty strong power in the 60s! Combos like this were a key breeding ground for later psych and prog sounds – and you'll hear plenty of roots of both in the long, freewheeling tunes that are heavy on guitar and keyboard solos – all with plenty of romping rhythms too. The lead guitar of Daniel Erlewine is worth the price of admission alone – able to solo at great lengths, with a very distinct voice and a mode that's never as slavishly tied to standard blues roots – and the whole record has a wonderfully dark, moody vibe overall. Titles include "Rock Me Baby", "Orange Driver", "You Better Watch Yourself", "Endless Blues", "Yonder's Wall", "Walkin By Myself", "Walking Through The Park", and "All These Blues".  © 1996-2021, Dusty Groove, Inc.

Folkstone Prism
Modern Harmonic, 1971. New Copy
CD...$6.99 14.99
A really great, really obscure album from the Phoenix scene at the start of the 70s – one of those underground records that's always touted by deep psych collectors – but a set that also has a lot more going on as well! Kennelmus aren't just some tripped-out guys exploring the range of ... CD