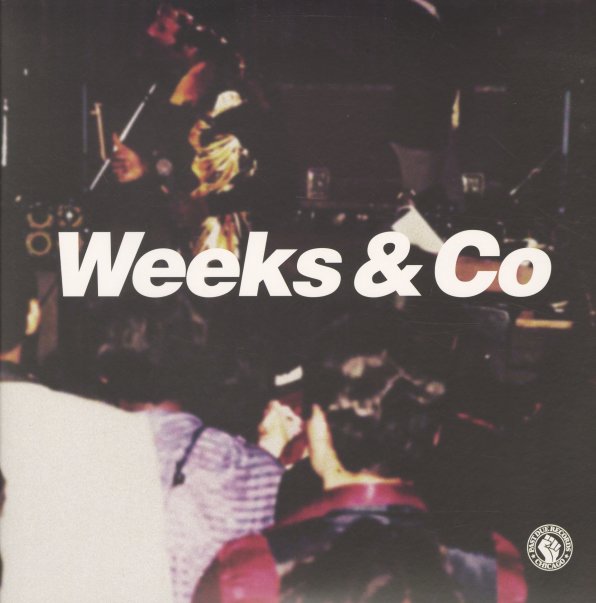 Maestro Richie Weeks is at the helm of this sweet set of early 80s groovers – funky club in the best second chapter mode of the Salsoul label – served up with a sound that's lean and mean throughout! We're not sure who the "Co" is, since Richie sings, plays keyboards, and handles most of the rhythms too – all at a level that's tight, but never uptight – and which gets graced at points by some jazzy instrumentation and female chorus vocals too! Tunes are mighty catchy – grooving, but in a hip post-disco way – and there's even a bit of vocoder on some of the lyrics. Titles include "Good To The Last Drop", "Tunnel Of Love", "Knock, Knock", "Rockin It In Your Pocket", and "Going Out Of My Head". Also features bonus tracks – "Rock Your World (long version)" and "If You're Looking For Fun (orig Shep Pettibone 12" master dub)".  © 1996-2023, Dusty Groove, Inc.

Adventures Of Captain Sky
AVI/Past Due, 1978. New Copy
CD...$15.99 16.99 (LP...$14.99)
A legendary funk set from late 70s Chicago – served up by our own Captain Sky, aka Daryl Cameron – an imposing figure who often worked in the same space-themed territory as the P-Funk empire in the mid 70s! The difference here, though, is that Cameron wrote, produced, and put the whole ... CD