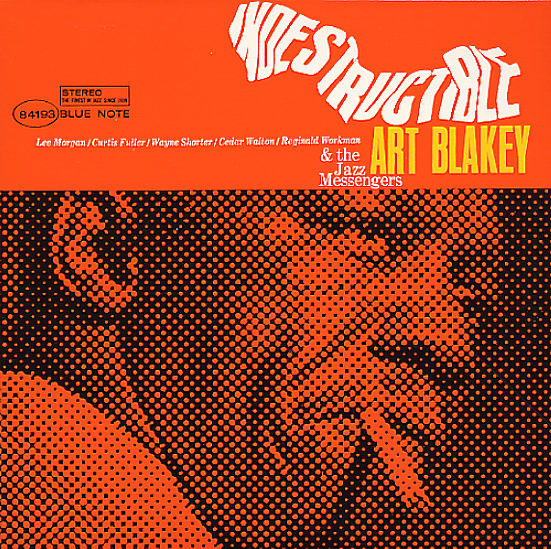 Maybe one of the most famous records ever from master drummer Art Blakey – in part because of the cover, which has come to stand for the Blue Note aesthetic of the 60s! But despite that famous image, the music is more than worthy of attention – as the group features that unusual sextet lineup of the Jazz Messengers that made some amazing sounds in the mid 60s – Blakey on drums, Lee Morgan on trumpet, Wayne Shorter on tenor, Curtis Fuller on trombone, Cedar Walton on piano, and Reggie Workman on bass! Morgan and Shorter are really growing and pushing themselves in different ways than their work with Blakey at the start of the 60s – and the addition of Fuller, and especially Walton, really gives the group this rounded warmth that shows a new level of maturity – a quality that comes through both in the playing, and the writing – as songs are all originals by Walton, Fuller, Morgan, and Shorter. Titles include "The Egyptian", "Sortie", "Calling Miss Khadija", and "Mr Jin".  © 1996-2023, Dusty Groove, Inc.