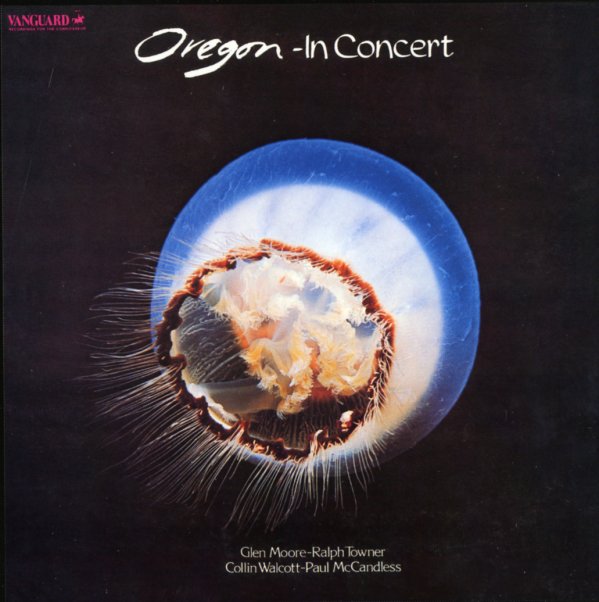 Beautiful live work from Oregon – a concert performance that somehow seems to provide an even more beautiful than usual setting for their special combination of talents! The group's flow is fantastic throughout – mixing the percussive elements of Collin Walcott on sitar, tablas, and percussion with reed work from Paul McCandless on a variety of horns, the bass and violin of Glen Moore, and the magical guitar skills of Ralph Towner – who also plays a few other instruments as well. Titles include "Become Seem Appear", "Undertow", "Summer Solstice", "Tryton's Horn", and "The Silence Of A Candle".  © 1996-2022, Dusty Groove, Inc.