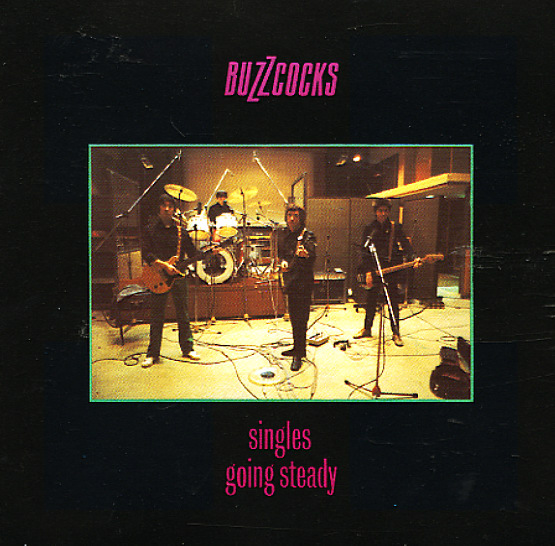 A singles collection, but one that's so strong, so essential, it may well make the album the greatest full length set the Buzzcocks ever issued! All their classics are here – the short, tight, yet tuneful tracks that made these guys such a standout in the early punk years – and which also gave them the sort of wit that few folks could ever match, even all these many years later. Every track is a gem – and titles include "Orgasm Addict", "What Do I Get", "Ever Fallen In Love", "Promises", "Everybody's Happy Nowadays", "Harmony In My Head", "Noise Annoys", "Just Lust", "Lipstick", and "Something's Gone Wrong Again".  © 1996-2023, Dusty Groove, Inc.
(Half-speed mastered for better sound! Includes download code.)

English Weather
Ace (UK), Late 60s/Early 70s. New Copy 2LP Gatefold
LP...$26.99 28.99 (CD...$12.99)
One of the coolest compilations we've ever heard from Ace Records – a really special set that follows in the tradition of their other St Etienne cafe/pub collections – and like those gems, a very different package than usual! This time around, the duo of Bob Stanley and Pete Wiggs (who ... LP, Vinyl record album