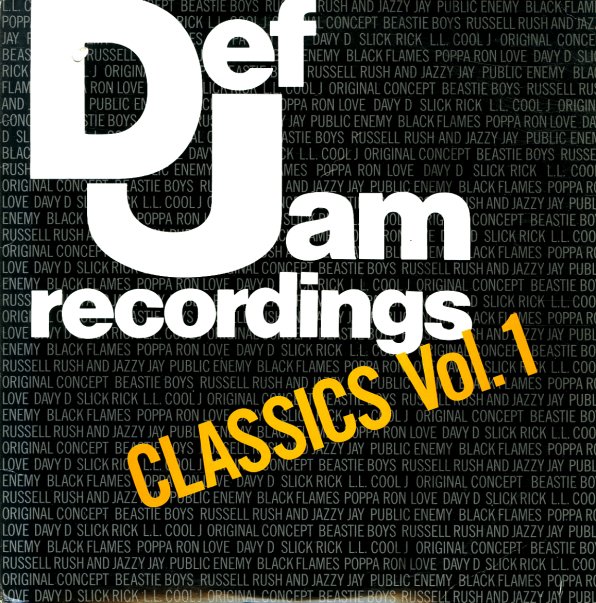 Nice compilation put together at the end fo the 80s with tracks for the preceding few years on Def Jam, with a number of now hard to find cuts. 13 tracks in all: LL Cool J "Rock The Bells", "Jack The Ripper" & "I'm Bad", Original Concept "Can You Feel It?", Beastie Boys "Rhymin' & Stealin" & "Fight For You Right (To Party)", Russell Rush & Jazzy Jay "Cold Chillin In The Spot", Public Enemy "Son Of Public Enemy (Flavor Whop version)" & "Rebel Without A Pause", Poppa Ron Love "I'm A Girl Watcher", Davy D "Have You Seen Davy?" and Slick Rick "The Ruler's Back".  © 1996-2021, Dusty Groove, Inc.
(Out of print, small sticker residue on booklet cover.)