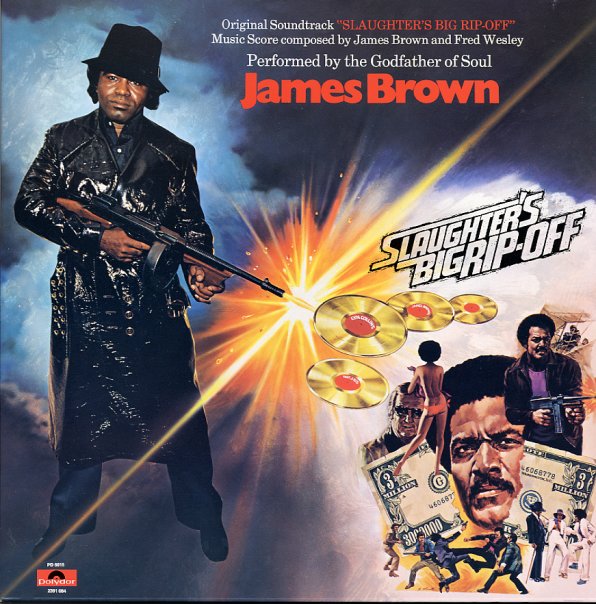 Easily one of the funkiest albums that James Brown ever recorded – and one of his few entries into the blacksploitation genre of the 70s! James really outdid himself for this one – working at a hard burning pace that had the JBs cooking up some killer funk for just about every number in the set – and which also has James himself stepping out vocally for a few key tracks. The album features the massive groover "People Get Up and Drive Your Funky Soul" – a slamming track that beats nearly every number in the JB 70s catalog – plus other cuts that include "To My Brother", "Brother Rapp", "Sexy Sexy Sexy", "Slaughter Theme", "Transmogrification", "King Slaughter", and "How Long Can I Keep It Up".  © 1996-2021, Dusty Groove, Inc.