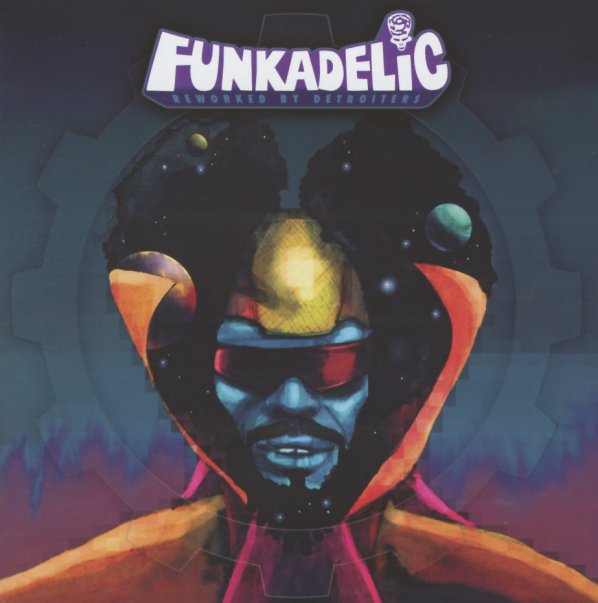 The classic sound of Funkadelic, reworked by a key selection of contemporary talents from the Detroit scene – but never in a way that wrecks the originals at all! Unlike other remix projects, which might break up the music to a point that you can hardly recognize the original grooves – this set does a wonderful job of maintaining all the integrity of the famous funky recordings by the group, while also letting some artists from the group's hometown also include a few of their own contributions too – all in ways that really expand the original vision of the music, while keeping things in a funky soul vein all the way through! Given all the greateness of Detroit grooves in recent years – from that city's very fertile underground of producers and musicians – the sound here is still even more amazing than we expected, and the album's a very fitting one to be issued on the Westbound label. The set's double-length, and for good reason too – and titles include "Music 4 My Mother (Underground Resistance mix)", "Sexy Ways (Recloose disco flip)", "Get Your Ass Off & Jam (Marcellus Pittman rmx)", "You Can't Miss What You Can't Measure (Alton Miller mix)", "Super Stupid (Dirtbombs version)", "Music For My Mother (Andres Wo Ahh Ay voc mix)", "Cosmic Slop (Moodymann mix)", "Be My Beach (Mophono & Tom Thump)", "Let's Make It Last (Kenny Dixon Jr edit)", "Let's Take It To The Stage (Amp Fiddler @Ya mix)", "Undisco Kidd (Gay Marvine edit)", "Looking Back At You (Ectomorph stripped & dubbed)", and "Standing On The Verge (Anthony Shake Shakir & T Dancer rmx)".  © 1996-2021, Dusty Groove, Inc.