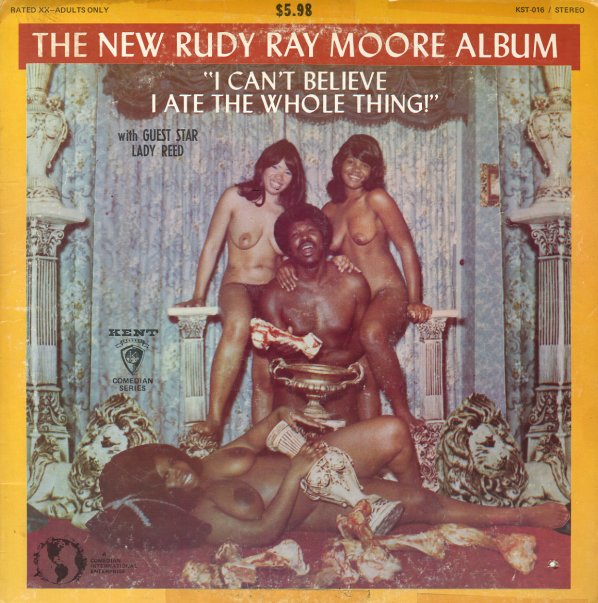 I Can't Believe I Ate The Whole Thing

The title's a reference to a famous antacid commercial in the early 70s – but from the cover, it's obvious that Rudy Ray Moore wants you to think of it in a much nastier way! Given the sounds on the wax, it's easy to do – as the set's one of Moore's best from a time when he was the king of the party record – able to tell dirtier jokes than even most comics in the club – with very upfront, sexual-heavy dialogue – backed by some tightly soulful instrumentation! The music makes the whole thing groove nicely, even though it's a bit more buried in the mix than on some of Rudy's other records – which leaves the man himself screaming it strongly out front. A few tracks have guest vocals by Lady Reed – and titles include "That's My Watch", "The Marines", "Hit Her With A Rock Long D*ck", "As Much Ass", "Everybody Kneelin Ain't Prayin", "Sell It Girls", and "Dangerous Dan".  © 1996-2021, Dusty Groove, Inc.