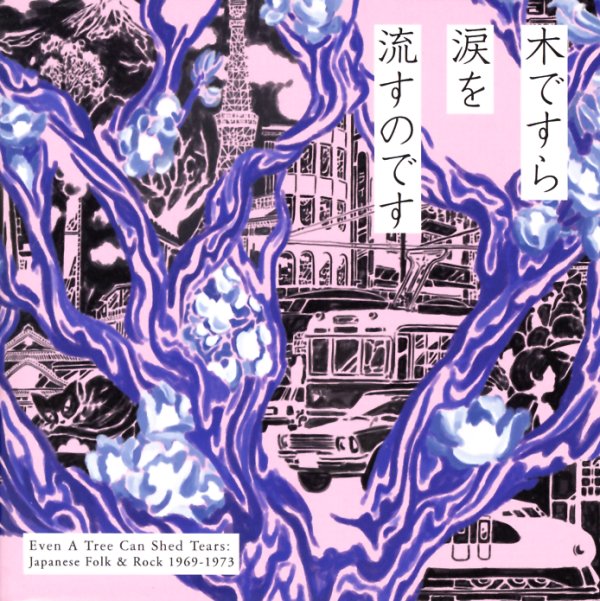 A much-needed look at the Japanese rock scene at the start of the 70s – one that was going through as many amazing changes as the world of music in the US and UK, but which has always been far out of reach for most listeners in the English-speaking world! The collection's not super-underground – a number of these artists recorded for major labels – but overall, the sounds within will be a fresh discovery for most ears – and a mindblowing one as well, with music at a free-thinking level that rivals some of the best work coming out on hip Anglo imprints at the time – like Harvest, Vertigo, or Island Records! Lyrics are all in Japanese, but all other aspects of the music echo the hippest Brit modes of the period – some folksy acoustic material, reworked with hipper jazzier currents – some broodingly dark sounds that would never have emerged a few years before – and an overall nicely organic vibe that really holds together all the way through. There's no avant, prog, or noisy material – which makes for a tight focus that really makes the whole thing feel very unified – and the notes provide plenty of background for novice English-speaking listeners, too. Titles include "Rokudenashi" by Fluid, "Mizu Tamari" by Fumio Nunoya, "Curry Rice" by Kenji Endo, "Sotto Futari De" by Kazuhiko Yamahira & The Sherman, "Otokorashiitte Wakarukai" by The Dylan II, "Zeni No Koyoryoku Ni Tsuite" by Ryo Kagawa, "Ware Ware Wa" by Tetsuo Saito, "Marianne" by Gu, "Boku Wa Chotto" by Harumi Hosono, and "Konna Fu Ni Sugite Iku No Nara" by Maki Asakawa.  © 1996-2021, Dusty Groove, Inc.