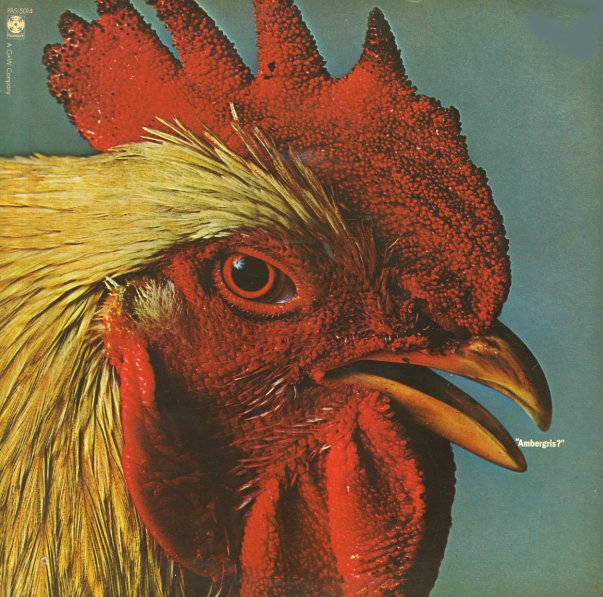 A genre-busting batch of tunes from Ambergris – a group with styles that range from Memphis soul, to New York Latin, to some of the heavier sides of the underground rock scene of the time! The ensemble features Latin Soul maestro Larry Harlow on piano, organ, and percussion – working with a rock-based group that still has lots of jazzy touches on their instrumentation. Steve Cropper produced the set – but in New York, not Memphis – and the whole thing explodes with a rich range of musical influences, all bubbling together in one pot! Includes the funky rock tracks "Soul Food" and "Forget It I Got It", plus "Endless Night", "Sunday Lady", "Home Groan", "Chocolate Pudding", and "Gotta Find Her".  © 1996-2022, Dusty Groove, Inc.
(Sealed copy! Cover has a cutout notch.)

Soul Bag
Columbia, Late 60s. Very Good+
LP...$24.99
A stone 60s smoker from Mongo Santmaria – and a great little set that really lives up to its title! The "soul" reference points to the record's host of 60s soul tunes, which are given a hip Latin spin by Mongo – working here with killer boogaloo arrangements from the great ... LP, Vinyl record album