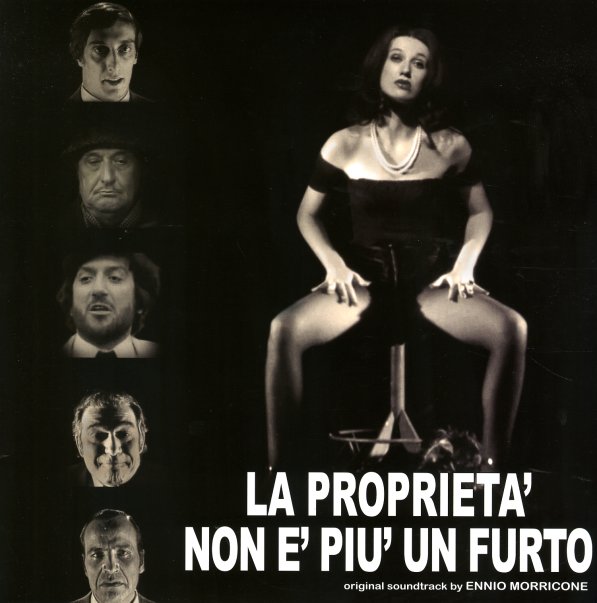 Dark echoes, mixed with warmer moments – in a compelling little soundtrack that breaks from more familiar Morricone modes! There's a few themes here that almost echo a Mondo Morricone style – but other tracks are often quite spare, and almost earthy – far at the limits of hearing, with odd percussive bits, voice passages, and other "natural" sounds – which are then occasionally contrasted by some bolder orchestrations that still bear the traditional mark of the maestro. The change is quite compelling – and really draws the listening ear inward – and titles include "Al Ladro", "Rapina", "Sui Tetti", "Colpo", "La Proprieta Non E Piu Un Furto", "Se Po Si Radica", and "Immobile Come Una Bistecca".  © 1996-2021, Dusty Groove, Inc.
(Includes movie poster!)

Viaggio Con Anita (Lovers & Liars) (180 gram marbeled vinyl pressing)
Music On Vinyl (Netherlands), 1979. New Copy
LP...$25.99
An unusual late 70s soundtrack from Ennio Morricone – one that maybe has a bit more instrumentation tuned to the time, but still handled with all the great Morricone sense of space and timing! There's some keyboards and riffing guitar in the mix, of a variety that might be more at home in ... LP, Vinyl record album