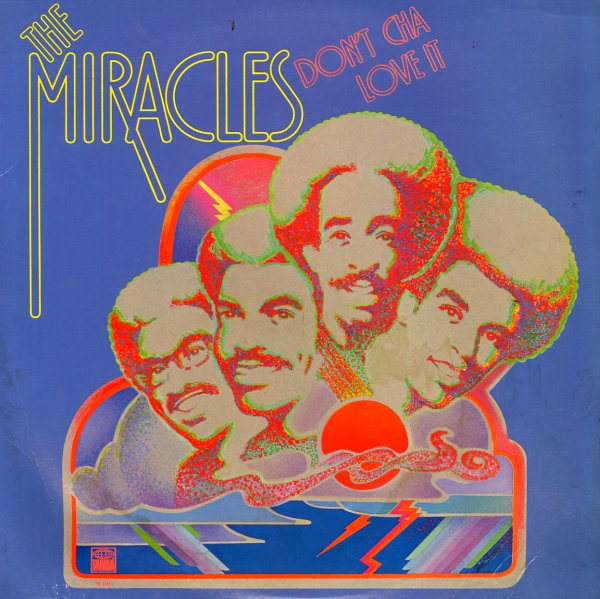 Released in the same year as City Of Angels, this set was also produced by Freddie Perren, and shares the same polished feel to the groove that he provided on that outing, but without the big chart hits. Overall, it's still a fine effort, with Billy Grifffin admirably filling in for the departed Smokey Robinson, though not as strong as the group's first couple LPs without Smokey. 10 tracks in all, including "Keep On Keepin On (Doin What You Do)", "Sweet Sweet Lovin", "Don't Cha Love It", "Gemini" and 'You Are Love".  © 1996-2022, Dusty Groove, Inc.
(Cover has light surface wear, small spot of stuck-on paper, name & notes in pen. Labels have name in pen.)

Love Crazy
Columbia, 1977. Very Good
LP...$0.99 3.99
The Miracles move to Columbia Records – and pick up a whole new groove in the process – a much richer sound than previous records on Motown, with a soaring style that really works great for the harmonies! Billy Griffin's vocals are really coming into their own – as is his ... LP, Vinyl record album