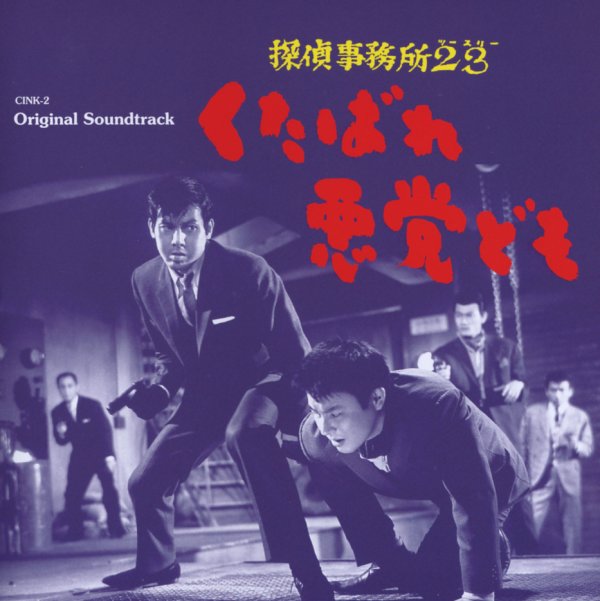 Think the French new wave had a lock on jazz soundtracks? Think again, because the Japanese scene of the 60s was full of them – including this sublime set from 1963! Most numbers here are jazz tracks played by a great small combo – one that's got tremendous energy all the way through! The players are unfortunately not credited – but there's great baritone sax, vibes, Hammond, and other instrumentation on these numbers – most of which feel more like evocative performances by a group in a small club, than they do any sort of standard soundtrack music! The whole thing's beautiful – rich in feeling and color, almost like some of the Mal Waldron or Charles Mingus soundtrack performances – and the CD features 20 tracks in all, with notes and other information in Japanese.  © 1996-2021, Dusty Groove, Inc.