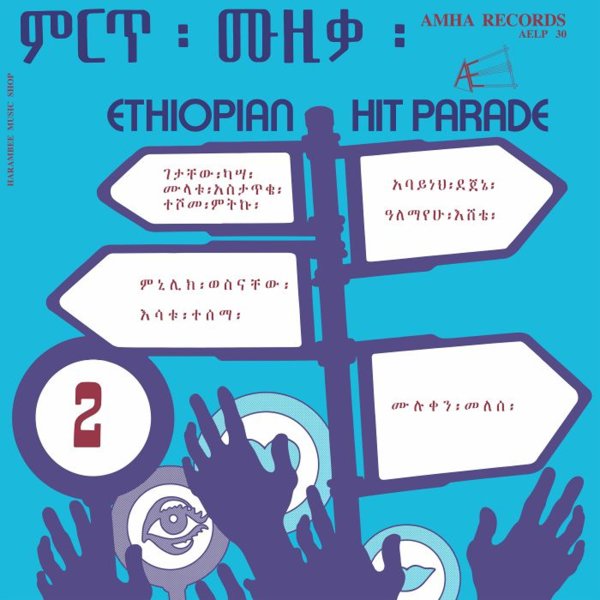 A totally wonderful collection of Ethiopian sounds, circa 1972 – all pulled from a moment when the sound of the nation was really beginning to change in radical ways! The tracks here are sometimes funky, sometimes a bit more spiritual – and they showcase that bold new spirit that was coming into play during the golden age of Ethiopian music – a time when new ideas were opening up all over the scene, as east African artists borrowed a bit from American ideas, wove things together with older Ethio styles, and came up with a revolutionary new sound in the process! The whole thing is wonderful – and titles include "Munaye" by Mulatu, "Yezemed Yebada" by Teshome Meteku, "Balengerie" by Abayneh Degene, "Temhert Bete" by Amemayehu Esthete, "Belew Bedubaye" by Menelik Wossenachew, "Mote Adeladayou" by Teshome Meteku, "Enbayen Teregiew" by Muluken Melesse, and "Fikir Bekumena" by Essatu T & Seyfu Y.  © 1996-2022, Dusty Groove, Inc.

Kadi Yombo
Awesome Tapes From Africa, 1989. New Copy 2LP
LP...$24.99 29.99 (CD)
A set from the late 80s, but one that's got some nicely classic touches – thanks to strong work on the small-stringed ngombi from Pape Nziengui! Pape sings alongside his instrument, often with a raspy voice that's instantly compelling, even if you can't understand the lyrics – and ... LP, Vinyl record album