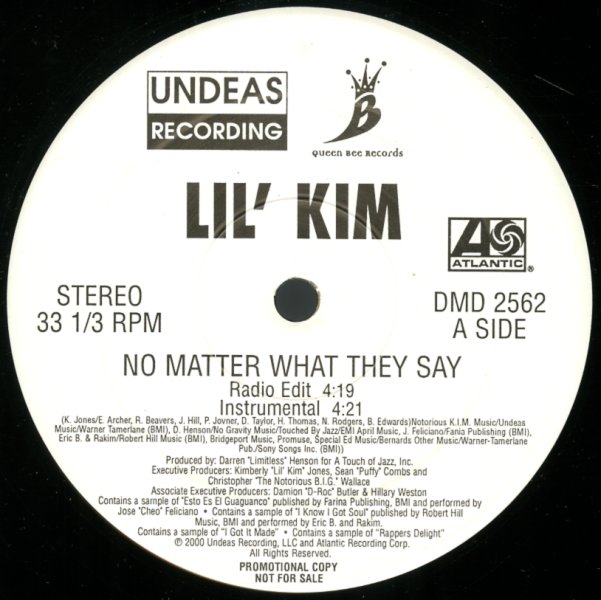 No Matter What They Say (radio, inst, album, acapella)