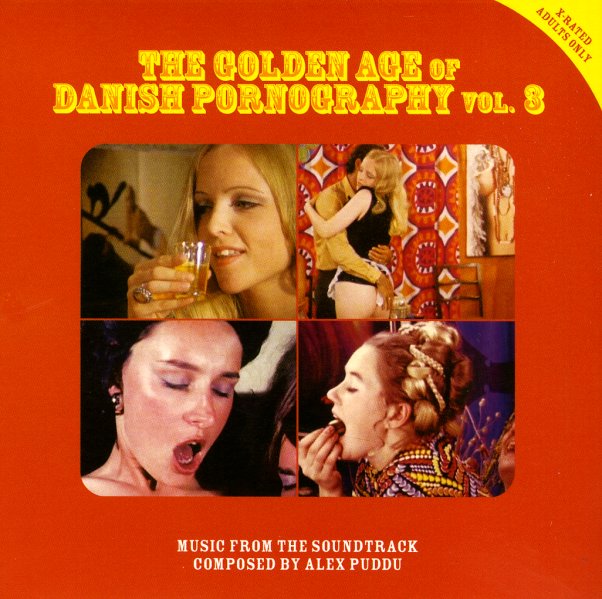 A great third chapter in the Danish Pornography series by Alex Puddu – and, like the others, music that was recorded to accompany the re-release of some classic adult films from the 70s! As you'd guess from the title and project, the sound here is very retro overall – wicked funk that works very hard to hit all the right slinky and sleazy notes needed to accompany the images of grown-up fun on the screen – with plenty of electric touches on a range of different keyboards and guitar (and even a bit of electric sitar, too) – in grooves that have a nicely building vibe, but which never try too hard to overtake the visual energy of the moment. In other words (if we can extend this metaphor even further), Alex is great at the foreplay, keeps things going a long time, and really knows how to build to a musical climax – on titles that include "Lesbian Lovers", "The Swinger Generation", "Cowboys Do It Better", "Black Orgasm", "Seductive Star", "Africa Scream", "Exotic Love", "Behind Closed Doors", and "Sex Bar".  © 1996-2021, Dusty Groove, Inc.

Yeti Season (with bonus tracks)
Big Crown, 2021. New Copy
CD...$12.99 14.99 (LP...$41.99)
A new and amazing chapter in the always-evolving sound of this wonderful funk ensemble – a set that holds onto all the unusual elements of previous records, but also brings in some beautiful vocals from singer Piya Malik on a number of tracks! Malik really fleshes out the sound on the ... CD