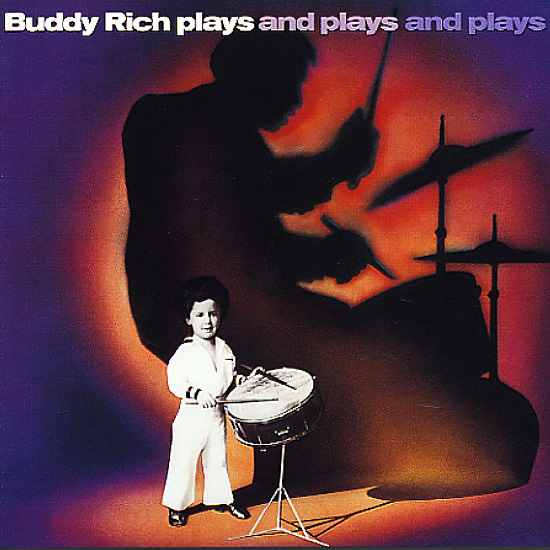 A surprisingly great one from Buddy – full of live, liveliness, and energy – but also coming across with a depth that goes beyond simple Rich big band sounds. The album was handled by producer Norman Schwartz, and looks like it was originally recorded for his Gryphon label, but probably moved to RCA at the last minute – and it's got a solid feel that's mostly got Buddy working in a straight big band mode – searing on solos with players that include Steve Marcus, Bob Mintzer, and Don Menza. The players contribute some really great tracks to the set that push a bit of a funky agenda – but never too much – just enough kick in the rhythm to make things soulful, and inspire the soloists accordingly! Titles include "Time Out", "Tales Of Rhonda Rat", "Ya Gotta Try", "Party Time", "Kong", and "No Jive".  © 1996-2021, Dusty Groove, Inc.
(Includes the printed inner sleeve. Cover has some ring and edge wear and a small sticker spot on front.)