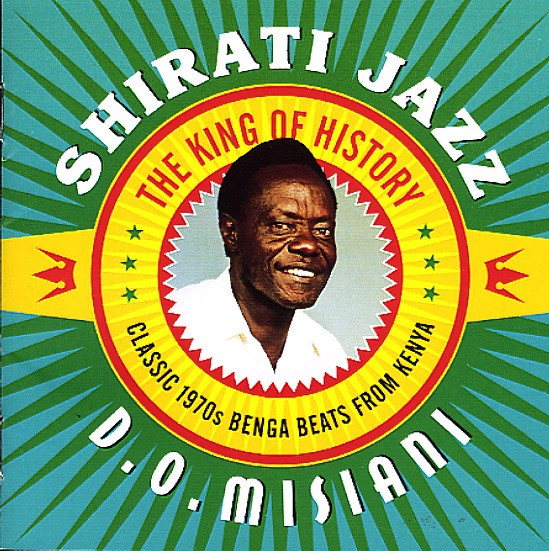 DO Misiani and his Shirati Jazz band at their 70s peak – wiry, catchy guitars and passionate vocals melding in hypnotic songs and performances that came to define the Kenyan benga sound in the 70s! Misiani and Shirati Jazz were the first stars of the style, and this collection from Sterns makes it clear why the recordings made such an impact – and the sound quality is terrific, too. Includes "Giko Piny", "Wang Ni To Iringo", "LK The Pretty", "Mary: Part 1", "Mary: Part 2", "Jaa", "Safari Ya Garissa", "Sheroline", "Christina Jaber" and more.  © 1996-2021, Dusty Groove, Inc.
(Out of print.)