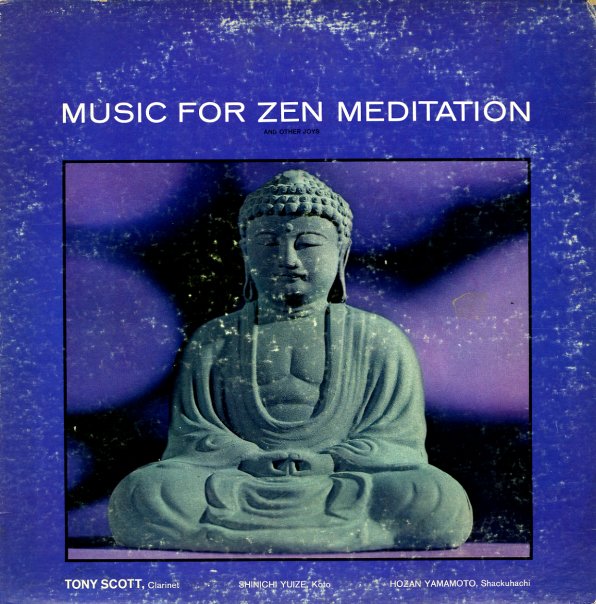 Beautiful work from reed player Tony Scott – recorded during a time when he was doing a lot of soul-searching with Eastern cultures! The set's a stripped-down batch of long tracks, with Scott's clarinet in the lead, and backing by 2 Japanese musicians on Koto and Shackuhachi. The tracks are shortish, and are designed as platforms for Zen Meditation. Titles include "To Drift Like The Clouds", "Satori", "Za Zen", and "Is Not All One?".  © 1996-2020, Dusty Groove, Inc.
(Out of print.)