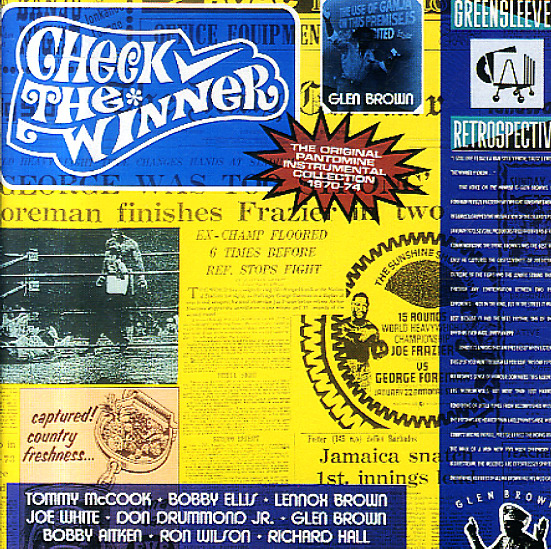 Check The Winner – The Original Pantomine Instrumental Collection 1970 to 1974

Glen Brown's often the producer here – helming the decks on a host of classic cuts from the early 70s – but he also emerges as the main character too, at times when he steps to the mic and adds in a bit of encouragement to the proceedings! Brown's not really working in deejay mode – he's more in the background on most cuts, but then gets to shine as the lead artist on some of the later tracks in the package – especially the numbers that feature Glen on melodica, blowing the sweet keyboard with a spacious style that's a bit like Augustus Pablo! Titles include "Get Up" by Ron Wilson, "Scatter Light Rock" by Ron Wilson & Lennox Brown, "Dirty Harry" by Tommy McCook & Richard Hall, "Determination Skank" by Tommy McCook & Glen Brown, "Mr Ball Head Aitken" by Bobby Aitken, and the Glen Brown cuts "No More Slavery", "Crisp As A Ball", "Pantomine Rock", "The Winner", "Mitchville Rock", and "School Call".  © 1996-2021, Dusty Groove, Inc.