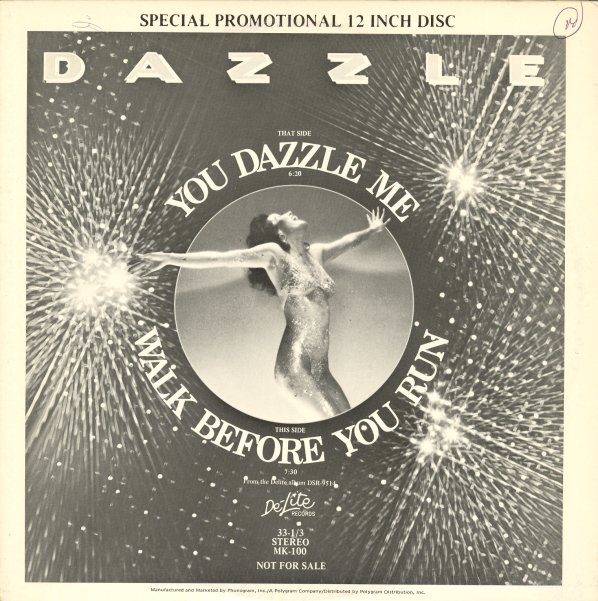 You Dazzle Me/Walk Before You Run

2 sweet disco groovers from the glory days of the De-Lite scene – co-produced and written by Leroy Burgess and Stan Lucas, both of whom sing on the record! Although the cover makes the album look a bit like a throwaway set, the overall quality is very high, and quite soulful – thanks to strong work by Burgess and Patrick Adams, who also does a bit of arrangement. Both tracks are great – stretched out and soulful, with a strong east coast club groove.  © 1996-2021, Dusty Groove, Inc.
(Promo. Cover has large letters in marker on front and back and some light stains at the bottom on back. Labels have some marker.)

Sign Of The Times/Occasional Rain
Elektra, 1979. Near Mint-
12-inch...$7.99
A strange little 12" single! Side one features "Sign Of The Times", a mis-placed number that has Terry trying for the dancefloor crowd, in a mode that really doesn't fit with his voice or style. "Occasional Rain" is a great one though – a remake of the title track ... 12-inch, Vinyl record