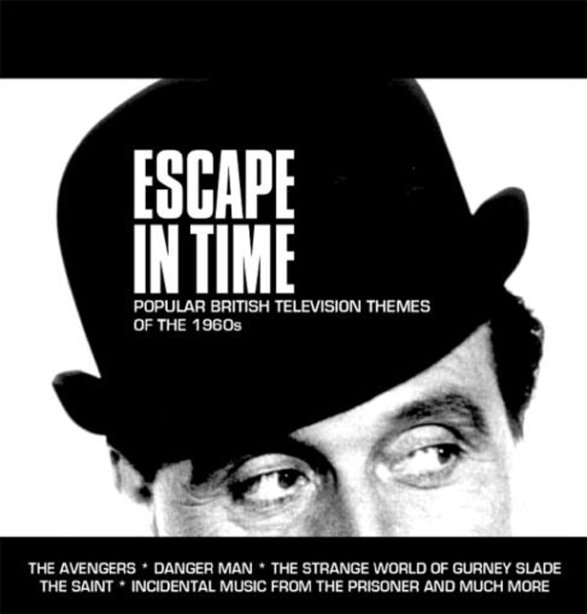 Escape In Time – Popular British Television Themes Of The 60s

Way more than just the usual collection of famous British TV themes from the 60s – as this set offers up some great rare nuggets, unusual versions, and some obscure tracks that are all pretty darn fresh to our American years! As you well know if you're a fan of anything pop culture from this generation, British TV was way hipper than most of the American small screen in the 60s – from the stories, to the settings, to the wonderfully cool themes and backing music that supported the show – often a cool hybrid of postwar Soho jazz modes and lots of the best soundtrack/sound library styles that were evolving in the hands of an elite few on the London scene. Some of the best and grooviest of that generation are presented here – in an overstuffed collection that includes "Gurney Slade" by Max Harris, "Danger Man" by Red Price Combo, "The Avenger" by Johnny Dankworth, "Tuesday Rendezvous" by Bert Weedon, "Face To Face" by Frank Chacksfield, "Comedy Playhouse" by Ron Grainer, "What The Papers Say" by London Philharmonic, "Monty Python's Flying Circus" by Eastman Wind Ensemble, "The Saint" by Les Reed, "Fireball" by Don Spencer, "Z Cars" by Johnny Keating, and a number of tracks from The Prisoner too!  © 1996-2020, Dusty Groove, Inc.