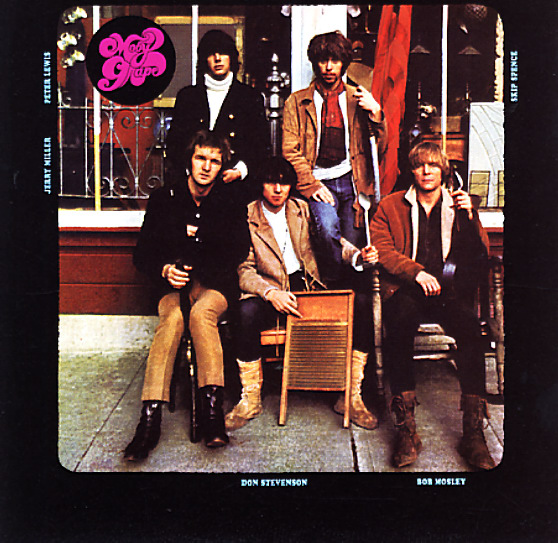 The self-titled groovy rock masterpiece from Moby Grape – one of the greatest things to come out of San Francisco after Ghiradelli Chocolate and sourdough bread! The Moby Grape LP is one of the finest, and leanest LPs we can think of from the '67 school of Bay Area psychedelic rock – with ome genius work by a young Skip Spence & co that leans on a sound that grows up and out from a blues based approach into the stratophere! – original LP tracks include "Omaha", "Hey Grandma", "Changes", "Sitting By The Window", "Ain't No Use", "Mr Blues", "Naked, If I Want To", "8:05", "Lazy Me", "Someday" and more  © 1996-2022, Dusty Groove, Inc.
(360 Sound stereo pressing in the middle finger cover, with surface & edge wear, some splitting on seams. A tiny top portion of the back paste-on is missing. Includes Columbia inner sleeve.)

Moby Grape 69
Columbia, Late 60s. Near Mint-
LP...$24.99 29.99
Groovy rock from Moby Grape – a sweet set from the end of the 60s that's as tight and consistent as just about anything else in their early canon – despite the absence of recently departed Skip Spence! The rest of the group really bring out some magic here – on tunes that touch ... LP, Vinyl record album

20 Granite Creek
Reprise, 1971. Near Mint-
LP...$14.99
An overlooked nugget from Moby Grape – a set that was recorded at the group's home in the Bay Area – at an address that we're guessing was 20 Granite Creek! There's a very at-home feel to the album – almost a more relaxed, familiar vibe compared to the group's previous Columbia ... LP, Vinyl record album