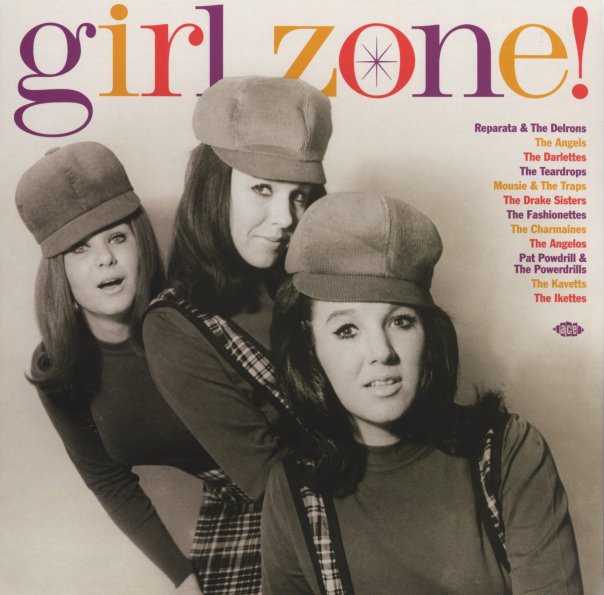 Don't think "girl zone", think "killer female tracks from the 60s" – because this whole collection has a lot more bite than the usual sort of records that are often pushed under a girl-titled heading! Some numbers are raw garage tracks from the 60s, with female singers in the lead, and an all-gal lineup in the backing – and others are soul-styled numbers that definitely stay on the grittier side of the spectrum, and which aren't the sort of weepy or sappy tunes you might normally associate with 60s girl pop. The collection's a stone killer, done in the best Ace Records mode – which means detailed notes on the heavy liner sleeve inside, and a stunning selection of rare tracks that include "I Idolize You" by The Charmaines, "Here She Comes" by The Darlettes, "Louie Louie" by The Angels, "Here Comes Loneliness" by The Teardrops, "It's All In The Way You Look At It Baby" by Mousie & The Traps, "Smoke From Your Cigarette" by The Drake Sisters, "Camel Walk" by The Ikettes, "I've Got A Story To Tell You" by The Kavetts, "Together Forever" by Pat Powdrill & The Powerdrills, "Panic" by Reparata & The Delrons, and "Losin Control" by The Fashionettes.  © 1996-2022, Dusty Groove, Inc.