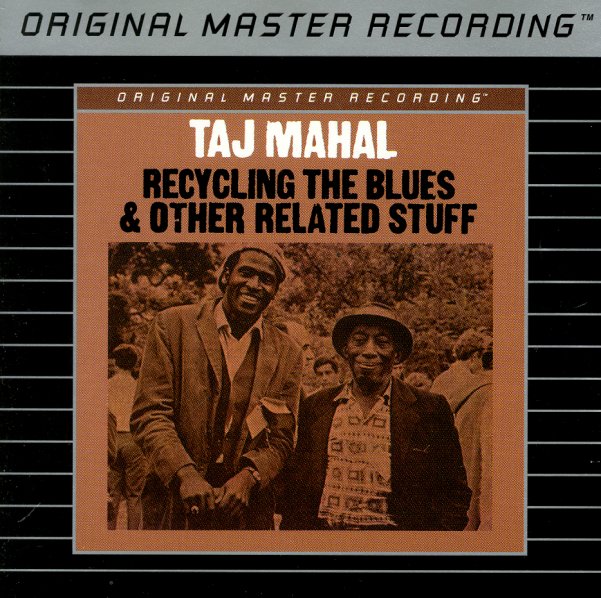 Hardly any "recycling" going on here – as Taj Mahal takes bluesy roots and turns them in a whole new direction for the 70s, evolving the music way past the level most other bluesmen were working in at the time! At some level, Mahal's style is far more rootsy than most early 70s blues artists – often more acoustic guitar and percussion than you'd expect – but there's also a looser, freer presentation of the material – opened up a lot more than any delta bluesman from many years back, and often touched with some jazzier inflections on some of the phrasing. Plus, the music here features some unusual elements from time to time – including kalimba, tuba, banjo, and even some backing vocals by The Pointer Sisters. The album was recorded live, with a nicely organic feel – and titles include "A Free Song", "Corinna", "Conch Close", "Kalimba", "Bound To Love Me Some", "Richochet", "Gitano Negro", "Cakewalk Into Town", and "Texas Woman Blues".  © 1996-2021, Dusty Groove, Inc.
(NOTE: disc has a small hub crack secured with two hub stickers.)